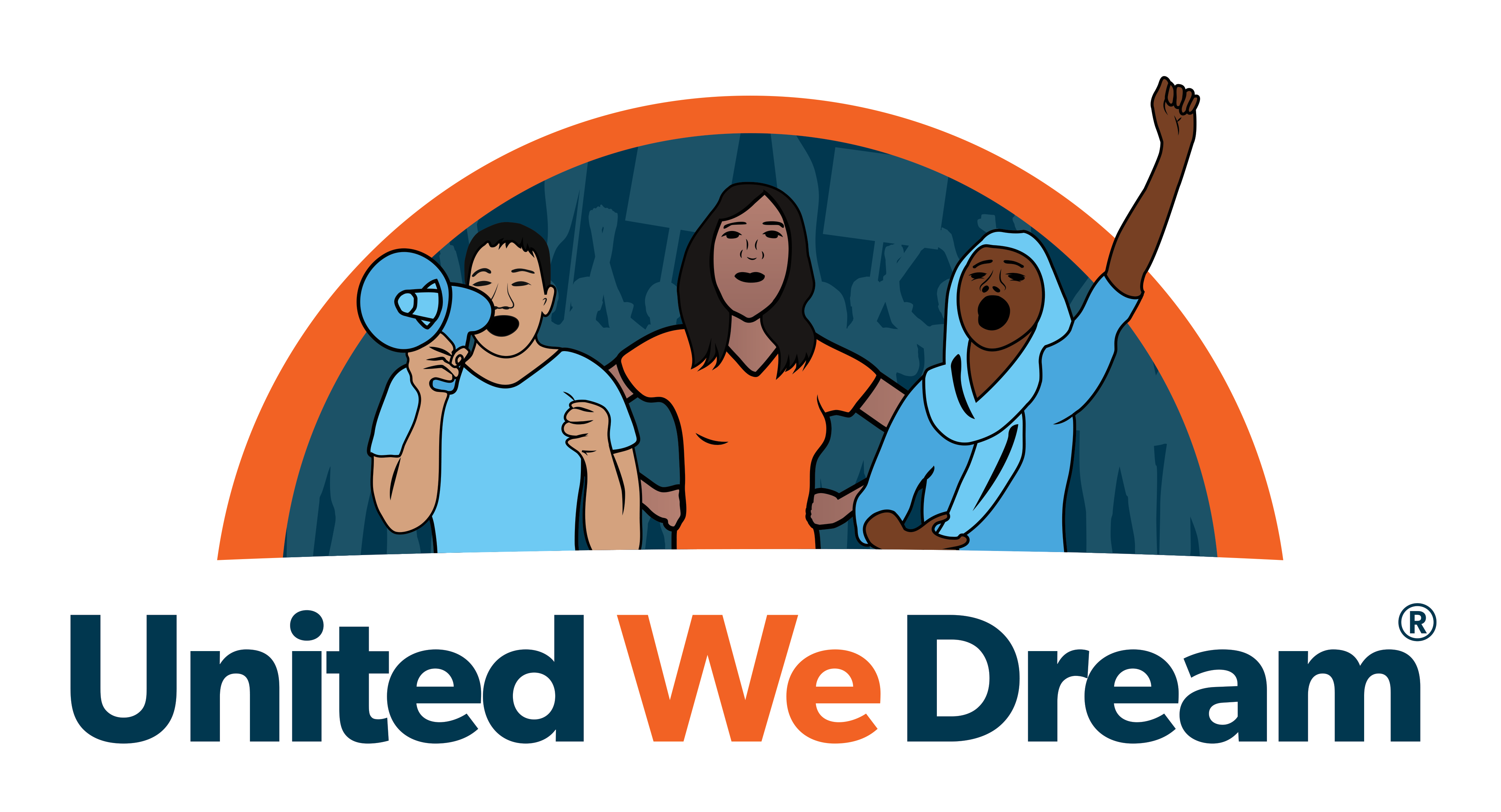 United We Dream Network (UWD) is the largest immigrant youth-led community in the US with a membership of over 1 million, 25 local hubs around the country, and a digital reach of over 4 million people monthly. UWD creates welcoming spaces for young people—regardless of immigration status—to support, engage, and empower them to make their voices heard.

UWD is building a multi-racial, multi-ethnic youth movement committed to achieving dignity and justice for immigrants and communities of color. UWD engages in policy advocacy, coalition-building, civic engagement, technology development, and capacity building to pursue policy, narrative, and culture change at the local, state, and national levels. UWD has also been an incubator for some of today’s most prominent and impactful young social justice leaders.

Over the last decade, UWD has played a pivotal role in shifting the narrative about immigrants and immigration, ultimately influencing policy. UWD was a leader in training young undocumented immigrants, many of whom were brought to this country as children, to tell their stories to the media, political leaders, and to their own communities.

With its often-quoted tagline, “Undocumented and Unafraid,” UWD redefined the strategy for winning individual and collective relief from deportation. UWD has had remarkable success in making the fate of undocumented youth and people of color a priority issue in the national policy debate. UWD played a leadership role in advocating for DACA, as well as taking a stand against family separations and in fighting the growing power of deportation agents.

United We Dream has forged strong partnerships with influential groups working in many interlinked fields– including Planned Parenthood, Women’s March, Sierra Club, Indivisible, and MoveOn – to advance immigration as a core cross-cutting issue. For example, UWD works closely with criminal justice, racial justice, and Black youth groups in civic engagement work, including supporting a massive effort in the 2018 election to restore the right to vote to 1.4 million individuals with felony convictions in Florida.

Unbound was one of UWD’s first funders, and we have supported UWD with general operating support since 2009, bringing our partnership with them to over a dozen years. UWD advances Unbound’s System and Public strategy areas.

"You guys [UWD] are one of the most effective direct action groups I have ever seen in my life time."

The Wall Between Undocumented Families and Health

UndocuGuide to Dismantle Anti-Blackness at Home

Demanding Dignity While Speaking Truth to Power: United We Dream

Photos courtesy of United We Dream