Aaron joined Unbound Philanthropy in 2022 as UK Program Coordinator, where he helps with the day-to-day running of the office and supports the grants management team.

Prior to joining Unbound, Aaron worked in the Office & HR Management field, where he has worked with non-profit organisations.

In his spare time, Aaron runs a successful catering business, which predominately focuses on Ghanian and Jamaican food. Aaron also has experience in hairdressing; he manages his mother’s hair salon in Shropshire, where he has been working since he was 12, and he has his own client base in London. Aaron’s mother immigrated to London from Jamaica and his father immigrated to London from Ghana. 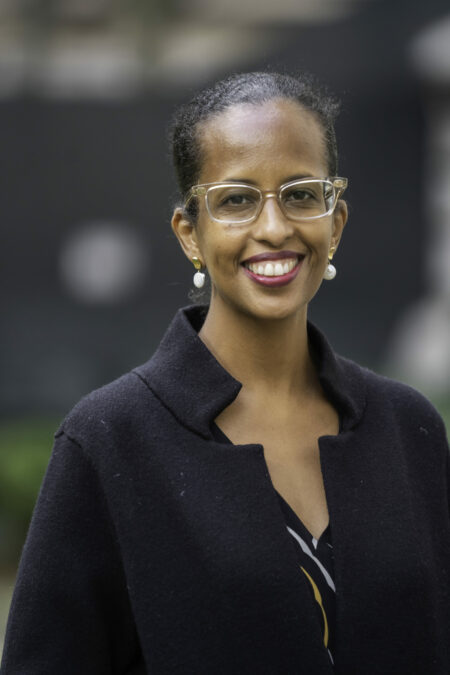 Adey Fisseha is US Senior Program Officer at Unbound Philanthropy, where she helps develop, implement, and evaluate the Foundation’s grantmaking strategies in the United States.

Adey joined Unbound in 2012, after working for 10 years at the National Immigration Law Center (NILC), most recently serving as a policy attorney and campaign coordinator. She worked on a wide range of federal policy issues at NILC, including, notably, as lead lawyer on a national advocacy campaign to pass the Dream Act. Adey was a compelling media spokesperson on the effort and led a coalition of more than one hundred national faith, education, labor, and immigrant/civil rights groups on the campaign. She also has served as a legislative aide to Congressman Howard Berman (D-CA). Adey graduated from Harvard University with a bachelor’s degree in government and a certificate in African studies, and earned a law degree at the Benjamin N. Cardozo School of Law, where she was a Cardozo Public Service Scholar. Adey is a refugee and immigrant from Ethiopia. 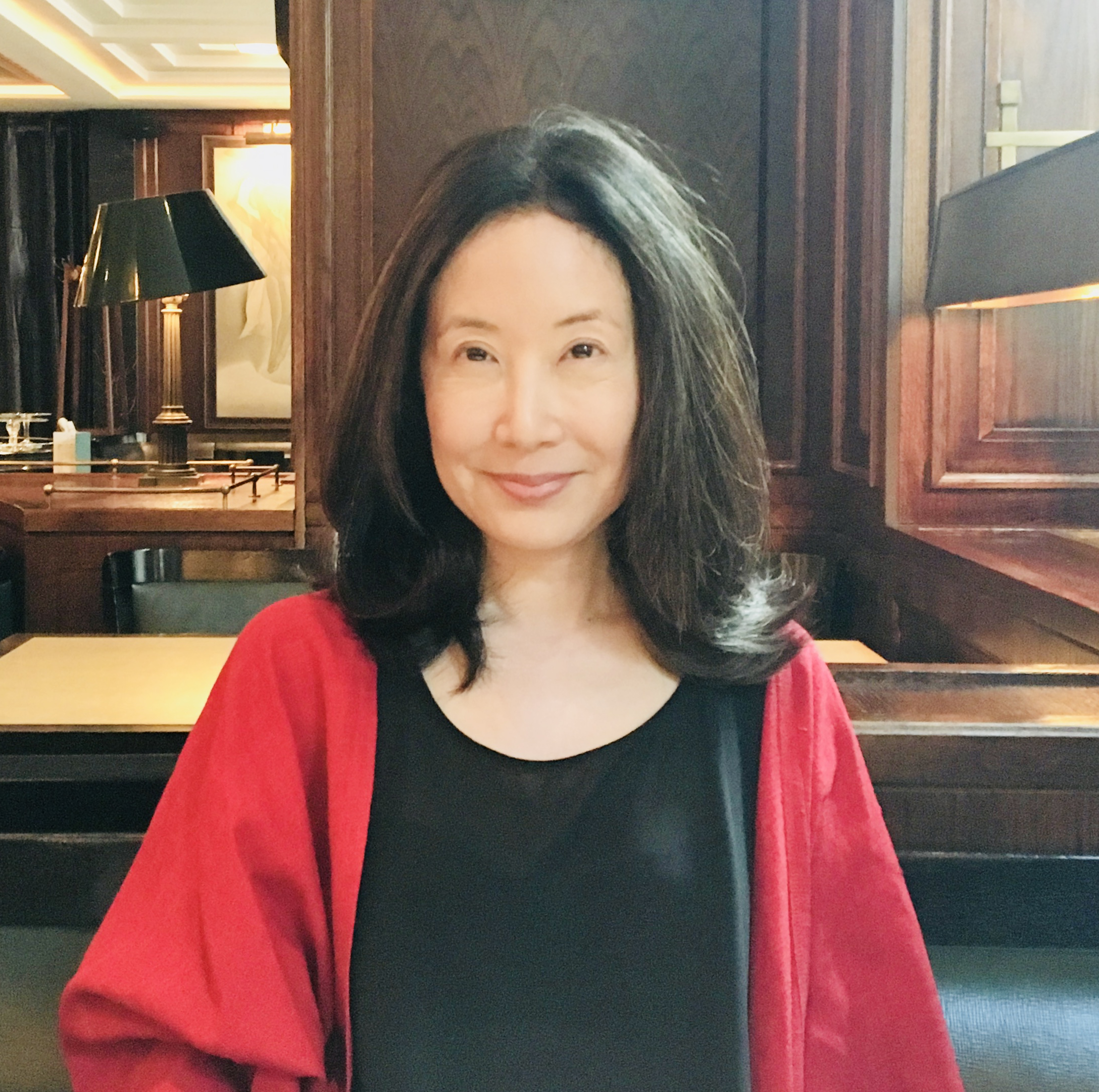 Taryn Higashi is the Executive Director of Unbound Philanthropy, which she joined as the first member of staff in 2008. Taryn has helped Unbound grow into a significant actor in contributing to pluralistic, just, and equitable societies in the US and UK that recognize the rights and contributions of immigrants and refugees. The foundation has co-founded several vibrant institutions such as the US-based Pop Culture Collaborative, to unleash the superpowers of pop culture to build widespread public yearning for a pluralist culture, and the London-based Citizenship and Integration Initiative, to ensure all Londoners are able to be active citizens, involved and invested in their city. In 2021, Unbound was awarded NAKASEC’s People Power Award; in 2020, Taryn and Unbound were awarded United We Dream’s first-ever Believer Award; and in 2019, Unbound was awarded the Mover and Shaker Award for Bold Peer Organizing from the National Committee for Responsive Philanthropy.

Prior to Unbound, Taryn managed the migrant and refugee rights portfolio and was Deputy Director of the human rights unit at the Ford Foundation, where in 2003 she co-founded the Four Freedoms Fund, a collaborative that has re-granted more than $180 million to state and local immigrant organizations. For co-founding the Four Freedoms Fund, Taryn and Geri Mannion of the Carnegie Corporation received the 2008 Scrivner Award for Creative Grantmaking from the Council on Foundations. Taryn is the Chair of the Board of the International Refugee Assistance Project (IRAP), a former Chair of the Advisory Board of the International Migration Initiative at Open Society Foundations, and a former Board Co-Chair of Grantmakers Concerned with Immigrants and Refugees. Taryn is the granddaughter of immigrants from Japan. 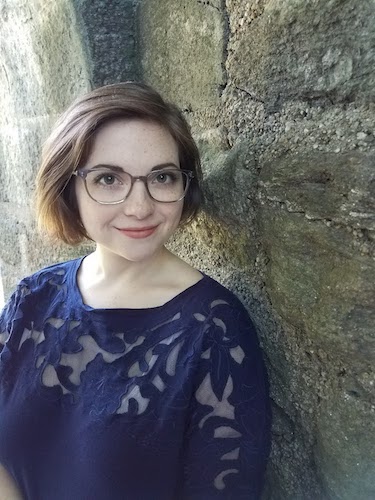 Kaitlin Kitzrow is the Senior Grants and Compliance Manager at Unbound Philanthropy, where she supports the Foundation’s grantmaking through database management, compliance review, and financial analysis.

Kaitlin joined Unbound in 2018, after working as the Grants Manager for the Pierre and Tana Matisse Foundation, a Grants Officer at University Settlement/The Door, and the Development and Communications Associate at Epic Theatre Ensemble. Kaitlin holds a Master of Arts Management degree from Carnegie Mellon University and a BFA in Drama from NYU’s Tisch School of the Arts. 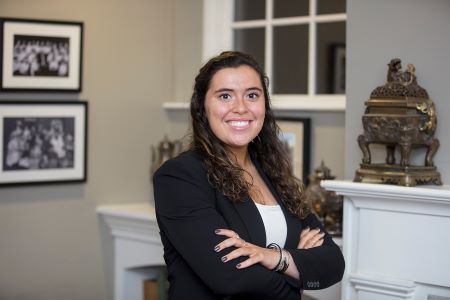 Lex is an honorary staff member and acts as the Executive Support and Office Administrator for Unbound Philanthropy, where she provides support to the Executive Director and other members of Unbound, while overseeing the needs of the office itself.

Prior to joining the Foundation, Lex was a Receptionist and an Executive Assistant at BDT Capital Partners, LLC where she supported nine professionals, and assisted in managing the New York Office. Lex graduated with a Bachelor of Arts degree from Hobart and William Smith Colleges in 2021. 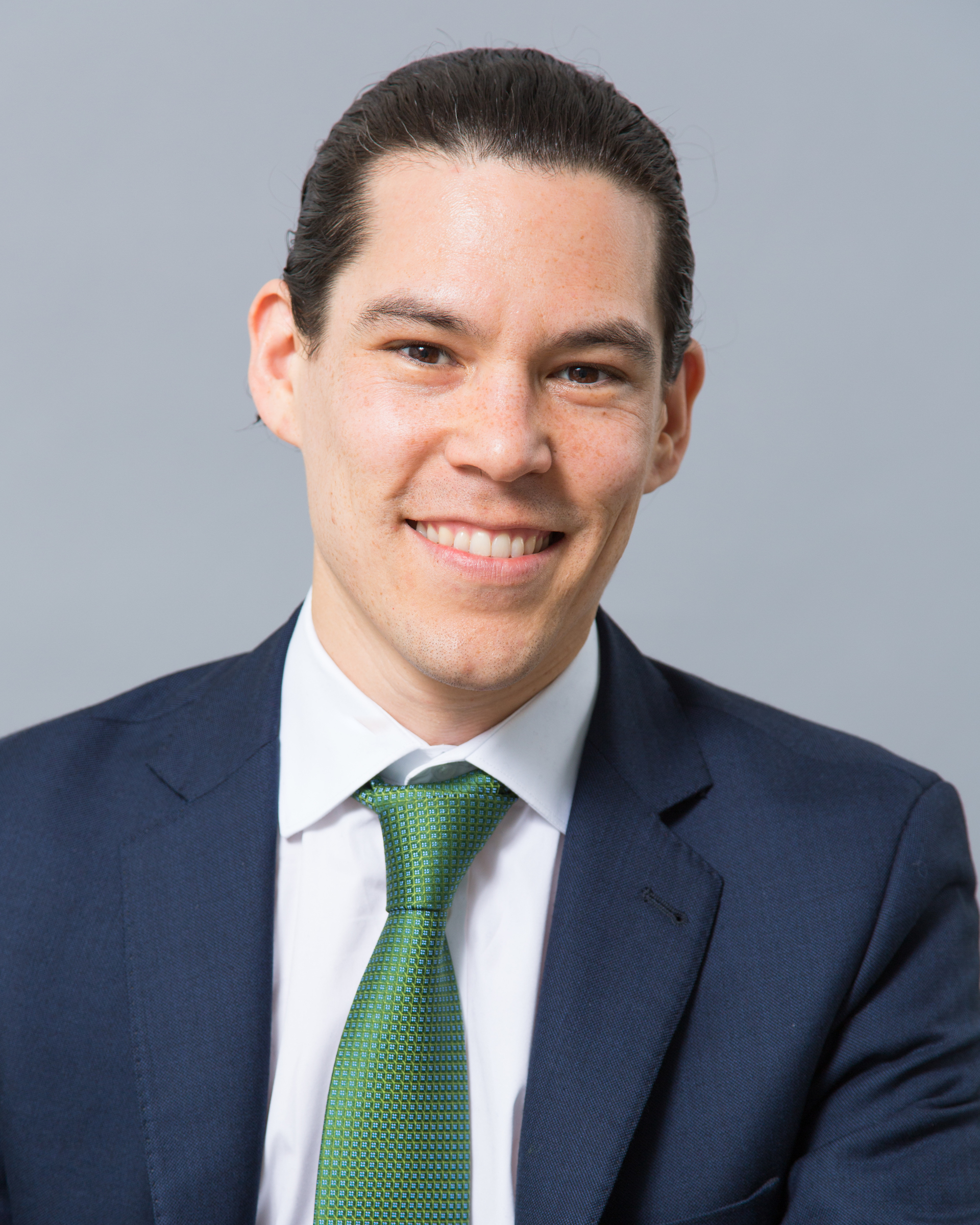 Jake Lee is the Deputy Director of the UK Program at Unbound Philanthropy where he helps develop, implement and evaluate the Foundation’s strategies. Jake also works at The Legal Education Foundation where he has shaped the Foundation’s strategy and built its access to justice and policy portfolio. In both roles, he has helped to establish the Justice First Fellowship program and a number of major funder collaborations, most recently Justice Together.

Jake joined Unbound in 2012, after working as an attorney at Allen & Overy for ten years, where he worked in Brussels and London as an EU lawyer before managing the firm’s international pro bono program and foundations. Since becoming a social justice lawyer, Jake has served on and advised multiple boards and non-profits. Jake’s father migrated from Malaysia to London via Dublin. 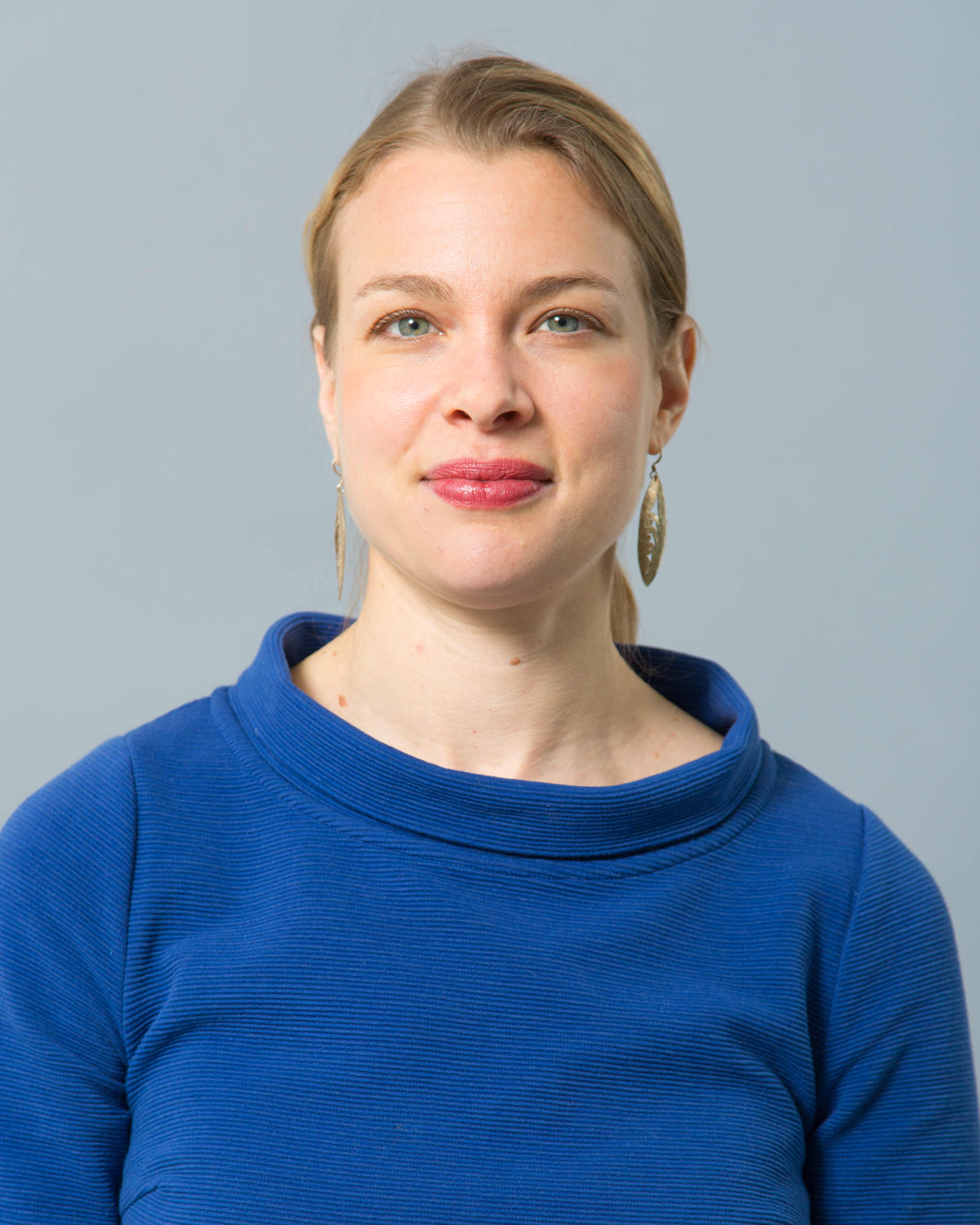 Elyse has spent extensive time working in Cambodia, as a Board Member of Harpswell, whose mission is to equip young women in Southeast Asia with leadership skills, education, and a supportive network; she also helped found PEN Cambodia. She previously served on the Board of the international women’s human rights organization, MADRE. Elyse earned an MFA in Creative Nonfiction Writing from Columbia University’s School of the Arts, a MPA in International Nonprofit Management and Public Policy at New York University’s Wagner School of Public Service, and a BA from Brown University.

Jeryl Raphael is Program and Operations Assistant at Unbound Philanthropy, where he supports staff and projects in the US Program, Operations, Grants Management, and Communications.

Jeryl joined Unbound in 2020, after working as an Internship Program Coordinator at PENCIL and an Administrative Intern for the Urban Justice Center where he first realized his love for community-based work. In addition, Jeryl also worked as a Court Recorder for the Department of education and Records Technician at the Canon Business Processing Center. Jeryl holds a Masters of Arts in History from the City College of New York- CUNY. Jeryl’s parents immigrated to the US from Trinidad.

Natasha joined Unbound in 2021 after working as the Director of Finance Operation & Human Resources at the F.B. Heron Foundation where she managed Human Resources, Finance, Information Technology and Operations.

Natasha earned a Masters in Business Management & Leadership from CUNY School of Professional Studies.  She holds credentials as a SHRM-CP from Society of Human Resource Management and received a Certificate in Diversity & Inclusion from Cornell University. Natasha immigrated to the US from St Lucia. 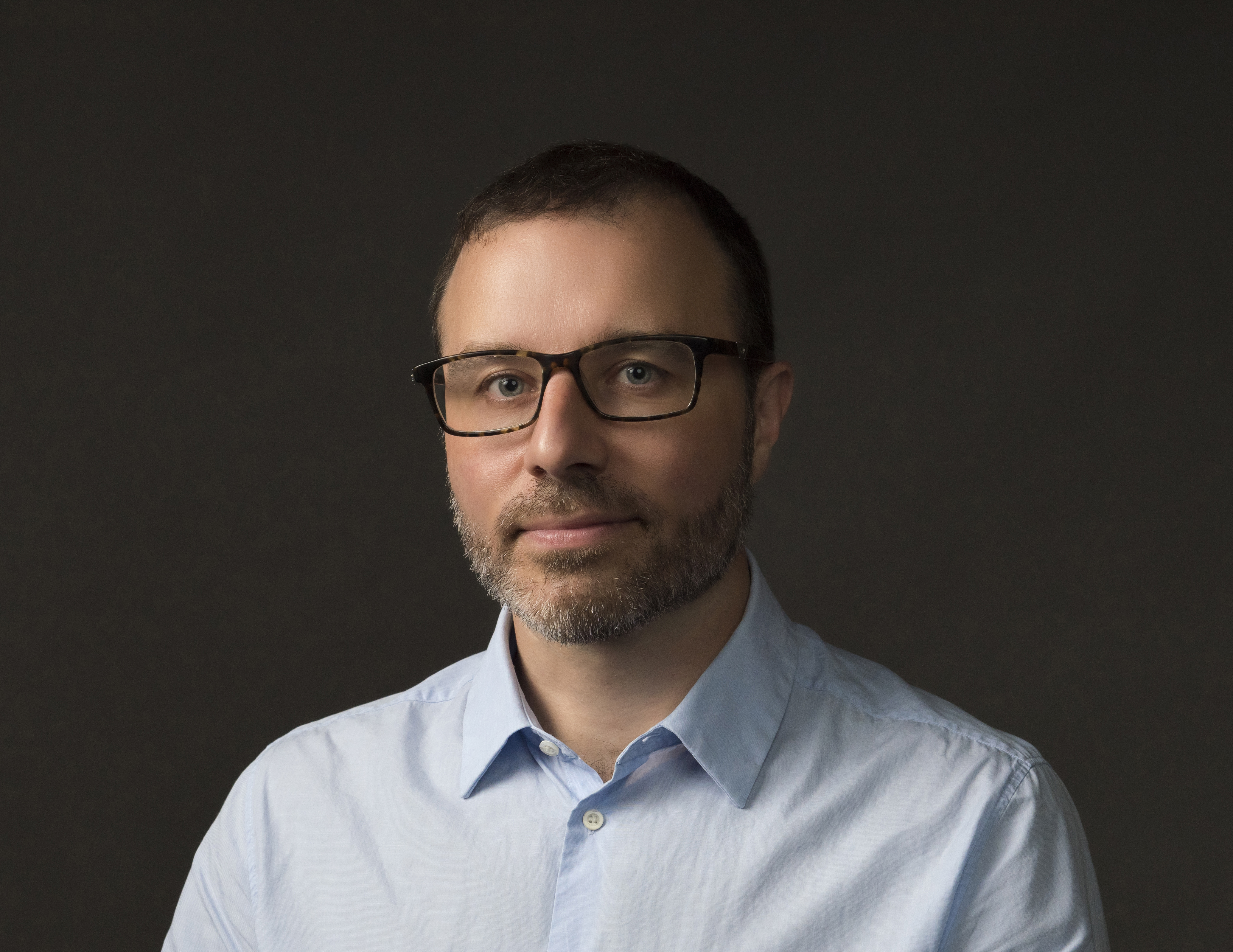 Will Somerville is the UK Director of Unbound Philanthropy. In addition to his Unbound role, he is a Senior Fellow for the think tank the Migration Policy Institute (MPI) and a Visiting Professor (Politics) at the University of Sheffield.

Will joined Unbound in 2010, after working as a consultant; at the Migration Policy Institute; the Commission for Racial Equality; the U.K. Prime Minister’s Strategy Unit, Cabinet Office; and the Institute for Public Policy Research. He has authored over sixty policy papers, chapters and journal articles, mostly related to migration, and has commented widely in the media. He has also consulted widely for charities, philanthropic foundations and governments and helped establish a number of social change organisations in the last decade. He currently sits on the Board of the global charity More in Common. 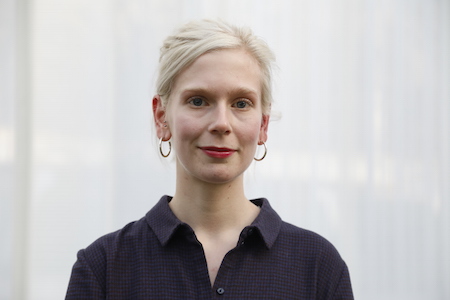 As the UK Grants Assistant at Unbound Philanthropy, Hilde provides grants management support to the UK Program throughout the grant cycle. She also oversees the day-to-day management of the UK Office.

Hilde joined Unbound in 2016, after working as data and communications coordinator at Victim Support. Previously, she worked with Student Action for Refugees (STAR), a former Unbound Philanthropy grantee. Hilde currently volunteers with a charity that provides face-to-face support to people with suicidal feelings. Hilde earned a first-class degree in international development with NGO management from the University of East London, during which she spent time in Uganda as an intern at a children’s charity. Hilde is originally from Norway. 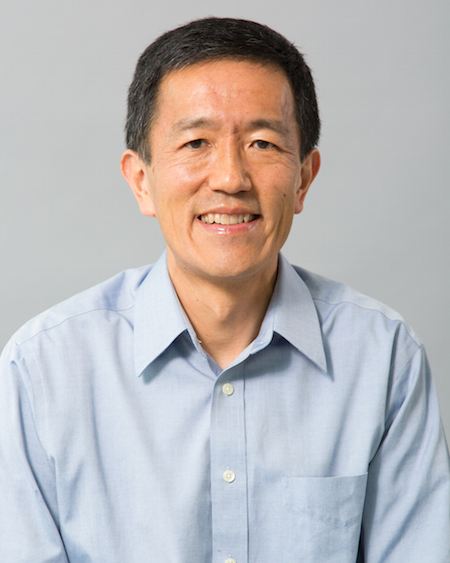 Ted Wang is the Director of Unbound Philanthropy’s US Program. Before joining the foundation, Ted had a public policy consulting practice, advising a mix of foundations, advocacy organizations, and elected officials. From 1990 to 2004, he worked at two nonprofit organizations, Chinese for Affirmative Action and the Lawyers’ Committee for Civil Rights of the San Francisco Bay Area. Ted litigated discrimination and voting rights cases and drafted local and state laws promoting immigrant rights, racial justice, and small business development. Among the recognition he received for his community work include the California Asian Pacific Islander Legislative Caucus’ Legislative Hero Award and the Asian American Bar Association of the Bay Area’s Outstanding Leadership to the Legal Community Award. Ted received his bachelor’s degree from Reed College and his law degree from Yale Law School. Ted is originally from Taipei, Taiwan. 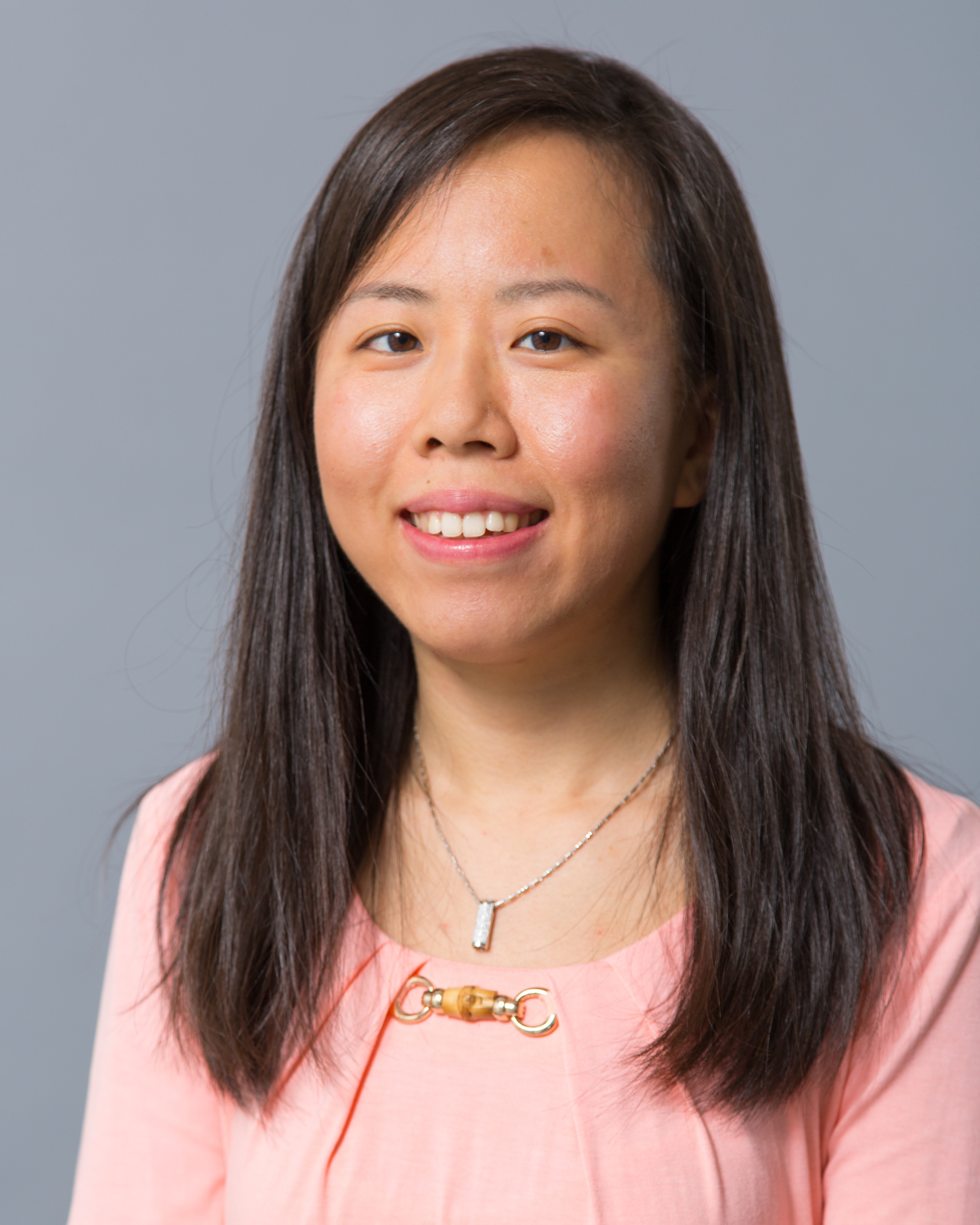 Julia Yang-Winkenbach is US Program Officer at Unbound Philanthropy, where she helps develop, implement, and evaluate grantmaking strategies and priorities.

Julia joined Unbound in 2015, after working at Weill Cornell Medical College, where she served as a development associate for the Annual and Special Giving Programs in the Office of External Affairs. Previously, Julia held civic engagement and fundraising roles with various nonprofits in New York City. She is currently a member of the Asian American Impact Fund, a New York-based giving circle that prioritizes support for small and emerging organizations. Julia completed a MSc in Migration Studies at the University of Oxford, and earned a BA in International Studies and Political Science at the City College of New York – CUNY. Julia is a second-generation Taiwanese American raised in Flushing, Queens.

Board and Advisory Team